Early last year, I was so exhausted and overwhelmed all the time in a way that I could not explain. I felt like my body was going to give in and I thought I was suffering from burnout. I had not missed my period yet, so I had not considered this as one of the early signs of pregnancy.

Related: 19 weird pregnancy symptoms that no one told you about before

I thought of handing in my resignation at work but I had a month-long vacation coming up. So I decided to push through my feelings and make a decision on whether to stay or quit after my vacation.

Sometime within the month, I started noticing that my breasts felt different, they were so tender in a way that they hadn’t been in a while.

It didn’t make sense, and I really didn’t know what was going on with me. But I knew something was amiss.

On the other hand, the thought of being pregnant was ridiculous because my contraceptive implant was still good for another 2 years. Or was it?

With all these unexplained changes to my body, I brushed them off as possible side effects of birth control. I(We) had been thinking about baby no. 2 and I was going to get rid of the contraceptive implant soon, so that gave me a sense of relief.

But I had this nagging feeling that kept reminding me that birth control methods are never 100% effective.

While I didn’t think I was pregnant, I decided to research the early symptoms of pregnancy before a missed period.

This is what I found:

Early Signs And Symptoms of Pregnancy Before Missing A Period

Remember I had been so exhausted at work and even considered quitting because I thought it was burnout? Mmhh!

Some suggestions to combat this: Add a little more protein and iron to your diet to give you a boost. Adjust your social life accordingly. Rest/ Sleep. Ask for help at work/ home

2. Tenderness Of The Breasts

Breast tenderness is one of the earliest signs of pregnancy you might experience. Well, I had been feeling lots of changes to my breasts.

My breasts were not heavy or darker but they sure did feel tender. And they were a lot more sensitive.

3. Changes In your Mood/ Moodiness

The changing hormonal levels in your body can cause you to become moody. These can affect how you feel and react to different things in your life and even make you a little bit irrational.

Some ways your mood may change:

Staying active and maintaining a healthy diet can help you manage these symptoms.

Cranky, huh! I sure was cranky and I had been feeling extremely emotional. I actually did cry over minor incidents a couple of times. But did it mean I was pregnant?

By this point, the writing was on the wall.

I could see that all these weird things I was experiencing were early signs of pregnancy even before I missed a period. I still decided to wait to see if my period would come.

But before I tell you more of the story, let me tell you about all the other pregnancy symptoms I found that you might experience before missing a period and how to handle them.

Some people develop strange food cravings as well as aversions. You might also experience a change in taste whereby foods that used to appeal to you suddenly start tasting horrible.

These cravings and aversions may last for the first trimester only but sometimes they last throughout the pregnancy.

When I was pregnant with my firstborn I hated the smell of onions in the first few months of pregnancy and it would make me feel nauseated.

As with other symptoms, these are caused by the hormonal changes in your body.

Try to incorporate a healthy diet that will keep both you and baby healthy.

Nausea and vomiting are perhaps the most well known early signs of pregnancy before a missed period. Most commonly referred as morning sickness.

I personally did not experience this. However, nausea is due to the increase in hormones circulating in your body.

Most women have nausea and vomiting in the morning, hence why it’s named morning sickness. However, you might experience nausea at any time of day.

Taking prenatal vitamins with vitamin B6 helps with nausea.

Pregnancy can often result in dizziness due to a change in blood pressure. You might experience dizziness when you change positions.

Light vaginal bleeding which is also referred to as spotting can occur at around 6 to 14 days after fertilization takes place. This is called implantation bleeding and can be accompanied by mild cramps.

8. Cramps As An Early Sign of Pregnancy Before A Missed Period

Abdominal cramps are common early in pregnancy and will often be mistaken for the beginning of your monthly period/ menstruation.

Cramps often don’t last long and lessen with time. If you are in doubt, it could be a sign.

This is one of those pregnancy signs that start early and last throughout the pregnancy.

The urge to use the bathroom is more frequent due to hormonal changes in the body.

There are other conditions like diabetes or UTIs that can have the same symptom but it can also be an early sign of pregnancy.

It goes without saying that intuition is probably one of the most unreliable ways to determine whether you are pregnant.

However, most people who have tested positive for a pregnancy were able to intuitively know that they were pregnant even before the missed period.

It could be because of the changes in your body that you subconsciously notice or somehow you just sense it. I don’t know.

If you are convinced that you are pregnant, it might be a good idea to get a home test kit and who knows?

Constipation is another likely symptom that you might experience. You may also feel bloated or have heartburn more than regular.

These are caused by an increased amount of progesterone in the body which slows down digestion. As a result of this, you might start to experience bloating, constipation and heartburn early in the pregnancy before you miss your period

This is a good one for people who track their ovulation.

During pregnancy however, your body temperature stays raised due to increased progesterone hormone levels in your body.

One of the most unexpected symptoms of pregnancy is the production of an excessive amount of saliva. It is due to a condition called ptyalis gradidarum which is associated with nausea and vomiting during the first trimester of pregnancy.

Excessive saliva is a pregnancy symptom that can start as an early pregnancy sign before a missed period and last through the first trimester.

In rare cases this symptom may persist until delivery.

You might feel your cervix softening. At around 6 weeks after conception, your vaginal area will feel a bit fluffier or fuller. Some women are able to notice this change early or your partner may feel the difference.

So if you followed the story from the beginning, you know that by now the chances of me being pregnant were very high.

Going through all the possible early signs of pregnancy before a missed period only made it very clear that I needed to take a pregnancy test.

One evening, as hubby dropped me off for a training out of town, we decided to buy a pregnancy test kit and see if we had landed ourselves in the 1%  margin since the implant has a success rate of over 99%

That means that for every 100 people using the birth control implant, less than 1 person ends up pregnant each year.

Well, I am sure by now it won’t surprise for me to say that the test turned out positive. Really!

And as usual, like any woman finding out about an unexpected pregnancy, I did not believe it.

So I took a second test the next day and well the rest as they say, is history. Or we could just say, it’s a pregnancy story that got difficult enough to deserve telling. You can read it here. 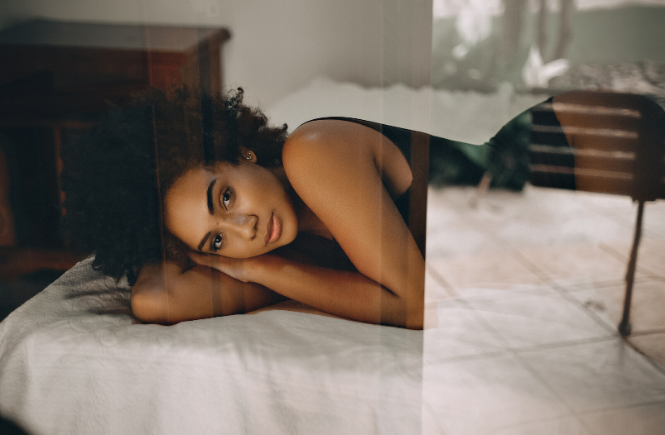